Being breathless was never so overwhelming as you ascend the heights on Ladakh Trip. Leh Ladakh offers a huge spectrum for its visitors whether they are lone rangers, adrenaline aficionados, families or even newlyweds on their honeymoon. The Union Territory is famous for its Sangam which happens to be the meeting point of the Indus and Zanskar rivers in Ladakh. Tso Moriri Lake flows at an altitude of 4,595 metres and is a scenic beauty which is peaceful and calm laced with mountains. The gravity-defying Magnetic Hill creates an optical illusion as the parked vehicles seemed to move upwards instead of coming down. The Hall of Fame is a prestigious museum which was built to commemorate the memories of soldiers who were martyred during the Indo -Pakistan war. Thiksey Monastery is a Buddhist monastery of Tibetian style. Besides being tourist attractions these natural beauties also happen to be hotspots for some amazing adventure activities. The Bactrian Camel ride at Nubra Valley is a hard one to miss. Zanskar river famous as the Grand Canyon of India is a great option for white water rafting. Leh Ladakh is a potpourri of high-altitude lakes, ancient Buddhist Monasteries, mountain passes and glistening streams giving it the stature of the most sought holiday destination. 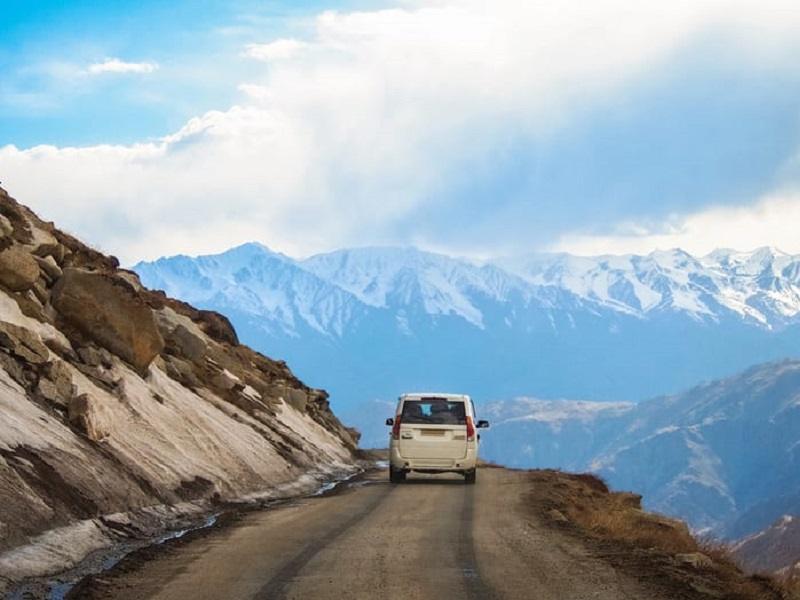 Thiskey Monastery is the most worshipped site of Buddhists which is a must-visit on the guide to leh ladakh trip. The beautiful complex was constructed in the fifteenth century by Palden Zangpo. The monastery is the largest gompa situated in central Ladakh. The major attraction of Thiksey Monastery is the Maitreya Temple which was built in the year of 1970 to mark the auspicious occasion of the visit of the Dalai Lama in the 14th century. The monastery has a fifteen-metre-tall Maitreya Buddha statue having a height which equals two storeys of a building. The major event which is held here is the Gustor Festival which depicts the cultural heritage of the region.

The Ladakh Trip leads your journey to the Tso Moriri Lake an alpine lake which lies at an altitude of 4,552 metres above sea level in the bewitching area of the Changthang Plateau in the Rupshu Valley. Tso Moriri is a blue-coloured lake which is a temporary home for migratory birds and Tibetian wolves. The lake is surrounded by huge mountains and is about twenty-nine kilometres long and eight kilometres wide. The lake gets its water from springs and the also from the snow which melts from the neighbouring mountains. On the western end of the lake is the KorzokMonastery a four-hundred-year-old monastery that houses the statue of Shakyamuni Buddha besides the Tibetian Buddhist paintings.

The next location of the Ladakh honeymoon packages guidebook is the Hemis National Park which is situated in the eastern region of Ladakh. The park covers an area of 4,400 square kilometres crediting it as one of the largest national parks of South Asia. It provides a secure home to many rare and threatened species of the animal kingdom which includes the Asiatic ibex, the red fox, Eurasian brown bear as well as the Tibetian wolves. The park is world-renowned for its snow leopards and a bird watcher’s delight as the golden eagle, Himalayan griffon vulture and Lammergeier vultures can also be easily spotted. Trekking and Camping are activities that can also be enjoyed besides visiting the 400 years old Hemis Monastery which is also located within the confines of the park

Next on the tourist guide for Ladakh Trip is Spitgiabuk Gompa or Pethup Gompa. This is an eleventh-century monastery famous for its giant goddess Kali statute which is showcased on the yearly festival of Gustor. Spituk Gompa is taken care by the Tsongkhapa order or Yellow hat of Tibetian Buddhism and is home to around a hundred monks. The confines of the monastery have a huge collection of religious scriptures, frescoes and a museum with a variety of antique weapons, arcane masks and thangkas ( Buddhist paintings ). During the annual festival of Gustor, the tourists get a chance to enjoy the traditional Cham Dance also.

Shanti Stupa is located on a steep hilltop and is an ideal tourist attraction in Ladakh for those seeking inner peace and also selfie clickers. The stupa lies in the Changspa Village and was constructed in 1991 by a Japanese Buddhist Bhikshu Gyomyo Nakamura to celebrate the completion of 2500 years of Buddhism and spread peace all over the world. The stupa is a white domed iconic landmark with two levels. The first level represents the Dharmachakra with deer on each side and a golden central image of Buddha. In the second level, there are depictions of the birth and death of Buddha and him defeating the evils while meditating.

Hall of Fame Museum is a must-visit with your handbook guide to Ladakh Trip. The museum is located some four kilometres from the central city of Leh on the Leh Kargil road. This beautiful monument was built to honour the brave soldiers who lost their precious lives while battling for the nation during the Indo – Pakistan war. The museum is well maintained by the Indian Army which displays the captured arms and ammunitions of the Pakistani Army. There is a particular section of the museum which showcases the Siachen area and exhibits the gear and clothing used by the Indian Army in this mountainous landscape.

The Stok Palace happens to be the summer residence of the royal family of Ladakh who are the heirs of King Sengge Namgyal. It is located around fifteen kilometres from Leh whose foundation was laid in 1820 by King Tsepal Namgyal. It formally opened its gates for public visitations in 1980 and was blessed by Dalai Lama. The palace is a two-hundred-year-old alluring monument which stands tall over a hill with a panoramic view of the Singey Sangpo valley. Once a palace it has now been converted into a heritage hotel and a museum. The museum has artefacts of the monarchy and the tourists can also glance at the regal costumes, jewellery and ancient coins.