For a true gourmet, nothing beats discovering a culture through its cuisine. If you are seeking a culinary adventure on your next holiday, then you might want to take a walk through the food trails of Chettinad cuisine and get an unforgettable gastronomic experience.

Chettinad food was introduced by the Chettiar community in the 8th century when a massive flood caused an exodus of the Chettiars from the Coromandel Coast to the interior plains of Tamil Nadu. 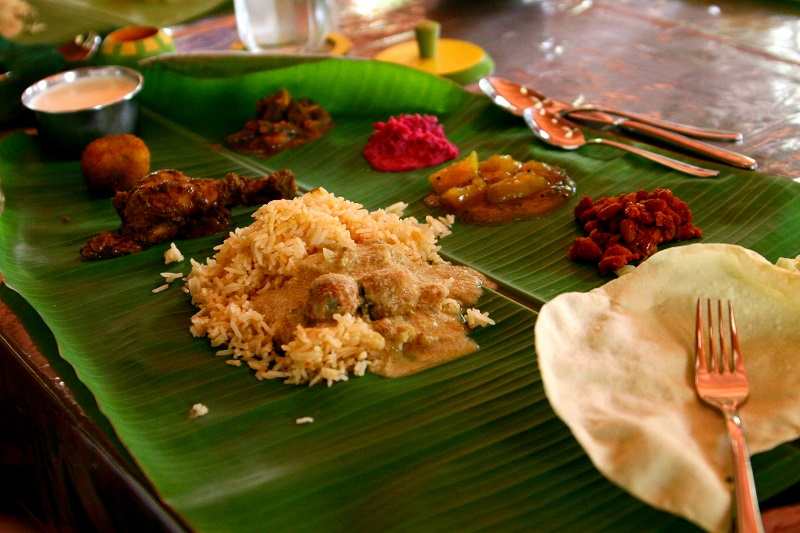 The small settlement of merchants, traders, and noblemen rehabilitated themselves in the Karaikudi region and influenced the culture and lifestyle of the kingdom. Being tradesmen, the Chettiars interacted with neighboring regions of Burma, Java, Khmer (now Cambodia), Ceylon, Mauritius, which eventually inspired their cooking techniques and recipes. Living on land and sea, the community and their food evolved from vegetarian to seafood, and finally included wild game and poultry.

If you want to explore the key elements of Chettinad cuisine, you can explore the historic eateries of Chennai, Madurai, and Trichy. You can start your trail from the state capital. You will find plenty of airport cabs in Chennai to take you around town. From there you can head to Trichy, which is at a drive of five and a half hours. You can then avail of an outstation cab in Trichy to reach Madurai in less than two hours.

Before you head out on your culinary journey, here’s a heads-up on what to expect from Chettinad cuisine.

A traditional style fish curry made with local sea fish, simmered in a sweet and tangy gravy.

This is an imitation of the classic fish curry, only without the fish! It is made with fried banana flowers which look like anchovies. The gravy is similar to that of Meen Kuzhambu and is a popular vegetarian dish.

Rich and fleshy shark fins are cooked in a spicy curry and are a specialty dish of the region.

This fiery, spicy dish is made with prawns and is a delightful coastal delicacy, traditional to the Karaikudi region.

Commonly called pepper chicken fry, this is a classic appetizer and one the most aromatic dishes of Chettinad cuisine.

Tender wings of quails are spiced and fried with a crispy exterior and soft interiors. Native to the Karaikudi region, this is a common appetizer and is served is all local eateries.

Or, Chicken Chettinad, is the most popular dish of this region and is highly acclaimed worldwide. Made with roasted spices and fresh coconut, this warm and hearty dish is a masterpiece of Chettinad cuisine.

A vegetarian delicacy, this home-style dish is made with fried eggplant, stuffed with roasted spices and simmered in a spicy-tangy curry. Served with rice or appams, this is a staple at most Tamilian homes.

A traditional sweet made with a similar batter like idli, this is more of a fried version with crispy edges and a puffed center. This homestyle recipe is usually made during festivals or important occasions.

Then, of course, there are dosais, appams, idiyappam, adais, and idlis. The steamed delicacies of Chettinad cuisine were inspired by ancient Burmese and Sri Lankan recipes when the Chettiars traveled far and wide for trade.

The food of a particular region speaks volumes about its people, their history, life, and traditions. And exploring Chettinad cuisine takes you on a journey of the region’s eventful past.