The Spaniard has played for the club, which he gave fifteen years, as many as 596 games, scored eighteen goals, and also won twenty trophies. He played both as a central defender and on the right flank. Read more in our article. By the way, if you want to find free football predictions for today, follow the link. 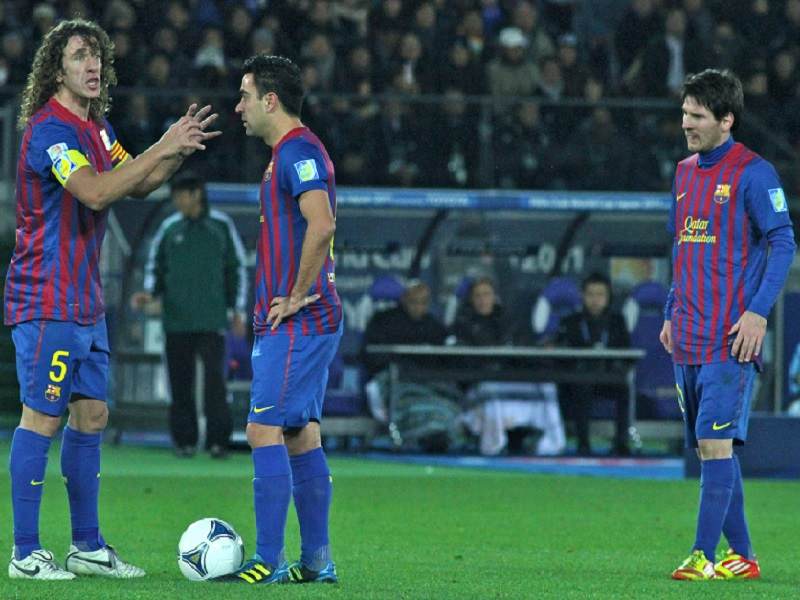 The future legend was born in a city called La Pobla de Segur. There are very few people living there, about three thousand, and this is more likely not a town, but a village. It was here that Carles started and continued his passion for football with the local team. Initially, Carles Puyol was a goalkeeper, but the doctors warned that this position was dangerous for the guy, and his mother was worried about this. In one of the games, Carles spent the 1st half defending the goal, and the 2nd played in attack, and found the target three times. The footballer’s mother, Rosa, absolutely did not like the sport that her son played. Only twice she attended Puyol’s matches, and she did not like those.

At the beginning of his career, the football player was a rather inconspicuous person. One of the journalists started a rumor that Carles is a descendant of the Barcelona founders. When people combed the history of the club, they saw that at its inception in 1899, there was a man named Carles Puyol. An amazing coincidence, but in fact, the current Puyol has nothing to do with the founders. Rather, it was a sign that prophesied a great future for the player.

The defender made his debut at the starting lineup on October 2, 1999, in a match against Valladolid. At that time,the coach was Louis van Gaal, who secured the talented athlete in the first team, although at first he thought he would get rid of the Spaniard. The opinions about van Gaal have always been different, ambiguous, but one thing is for sure – this coach is able to see talent in new players.

Under van Gaal, such famous football players as Iniesta and Xavi started at the age of eighteen, and later became the basis of a great club. The coach moved Carles to the center of defense, a controversial decision, of course, but the defender played, and played well, and became one of the best defenders in the world. The footballer was well versed in game and successfully chose the right position – this was his main distinguishing feature. At the period 2004-2005, Puyol becomes team captain, and the club regains the title of the best Spanish club.

Frank Rijkaard took over as coach, under whose leadership Barcelona won the Champions League next season. After Rijkaard left the club, he was replaced by Josep Guardiola, as a result, Barsa became the best in the world, showing an excellent game and winning titles. Of course, Puyol made a great contribution to this. By the way, if you want to get a 1x bet promo code and make a profitable sports bet, follow the link provided.

Interesting fact: the defender twice broke his cheekbone, the second time he hit his opponent’s head, the injury was very strong, of course, the footballer was very fast. Later, Puyol returned to the pitch in a special mask, which was needed for the bones to fuse together correctly. The fans supported the defender, attending the match in exactly the same masks. The eternal enemy of Barcelona – Real Madrid – wanted to buy Carles, as coach Lorenzo Ferrer doubted his defender and put him on the transfer, but even Puyol himself refused to leave for Real Madrid, saying: “I would rather end my career than go to the royal club“.

The circumstances did not make Carles great, but his skills. He played just in the golden period of Spain national team and Barcelona. The largest, most significant contribution to the the national team performance was made by: Puyol, Iniesta and Xavi. Carles reached the top and became the world and European champion. Interesting fact: The Spain national team has never conceded a goal in a dozen playoff games, in three tournaments in a row.

The football player did not get to Euro 2012, but he put in enough effort for the team in achieving such result. According to most, the Spaniard’s best performance came in 2010, in the semi-finals against Germany. The Germans had already knocked Argentina and England out, and got close to Spain, but they could not defeat them; the athlete scored the only goal, and his team got the victory.

Puyol’s character and end of career

Carles is a rather aggressive person, especially on the pitch. He acts hard and fast, having a lot of energy in reserve. He plays well both in the center of defense and on the flanks. His unique look and professional playing made him a popular footballer. He showed himself as a good header, skillfully avoided yellow cards, and was also well versed in the game tactics. The defender left the national team at the age of 32, and played a little more for the club. All due to injuries that affected the player’s physical activity.