Road Safety World Series 2022 will be hosted in this stadium from 10 September 2022 to 01 October 2022. Main aim of this T20 league is to create awareness among the people of country towards traffic rule and safety. Legends of eight countries will take part in this league and team names are India Legends, Sri Lanka Legends, Bangladesh Legends, South Africa Legends, West Indies Legends, England Legends, Australia Legends, and New Zealand Legends. Some of the famous players which are taking part in series are: Sachin Tendulkar, Virender Sehwag, Yuvraj Singh, Sanath Jayasuriya, Tillakaratne Dilshan, Jonty Rhodes, Makhaya Ntini, Brian Lara, Kevin Pietersen, etc. Many matches of the league will be hosted in this stadium and it is a golden chance to watch legends play together. 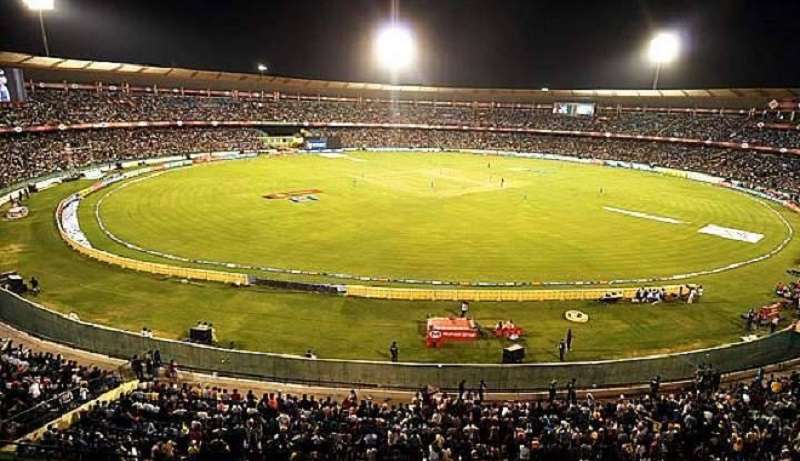 Shaheed Veer Narayan Singh International Cricket Stadium is the third largest cricket stadium in India in terms of seating capacity. The seating capacity of holding 65000 spectators at once makes this stadium makes it fourth largest in the world. It is named after Veer Narayan Singh Binjhwar who is known as the first Chhattisgarhi freedom fighter. He was martyred in the revolt of 1857. Naya Raipur stadium construction was started in 2001 and it was inaugurated in 2008. This stadium is located in Naya Raipur and around 13 KM away from Swami Vivekananda Airport. The stadium has hosted some IPL matches of the Delhi capital IPL team till now and during the matches, the demand for Naya Raipur stadium tickets are very high.

After the evolvement of technology in sports, ticket booking is a very simple task. During the matches or events in Shaheed Veer Narayan Singh International Cricket Stadium, booking opens for Naya Raipur stadium tickets. Tickets are generally open for sale through online mode and offline modes. Online mode is the more preferred method of tickets among spectators and organizers. We are sharing both method to book tickets.

Online tickets are the very convenient and the best way for booking. The sale of Shaheed Veer Narayan Singh International Cricket Stadium online tickets generally starts a few weeks before the match date and the craze for these tickets is very high. Road Safety World Series 2022 tickets will be out through the official ticket partner (Bookmyshow) and tickets are in high demand, especially for Indian matches. We are sharing the full process to book Naya Raipur stadium online tickets:

Some of the tickets might be available through stadium counters at specific time. The schedule of offline tickets shared by organizers couple of weeks before the match. Some of the outlets also sell tickets of the Naya Raipur stadium along with the stadium for matches.

RSWS 2022 timetable is out. As per the Road Safety World Series 2022 Raipur fixture, Naya Raipur stadium will host 5 matches of this tournament. Both Semi Final and RSWS final match will be played here.

It is newly built stadium and very few matches are hosted in the stadium. Therefore, people are not familiar with this stadium. The stadium seating capacity is 65000 and it is tough to locate seats in huge stadium. We are sharing the Naya Raipur stadium seating layout map which will help in locating the seat in this stadium. All the stands, pavilions, and boxes are depicted on the map which will be useful for you to locate seats easily.

I hope above information is suitable for those who are looking to book Naya Raipur stadium tickets.