This stadium was built in 1976 in Al Rayyan City. All stadiums of FIFA is situated around the Khalifa International stadium as this stadium is located in the Centre of Doha. This stadium renovated in 2005 and in 2014-2017. In 1992 15 games of 11th Gulf Cup had been organized in this stadium and in the tournament, Qatar won First Gulf Cup. 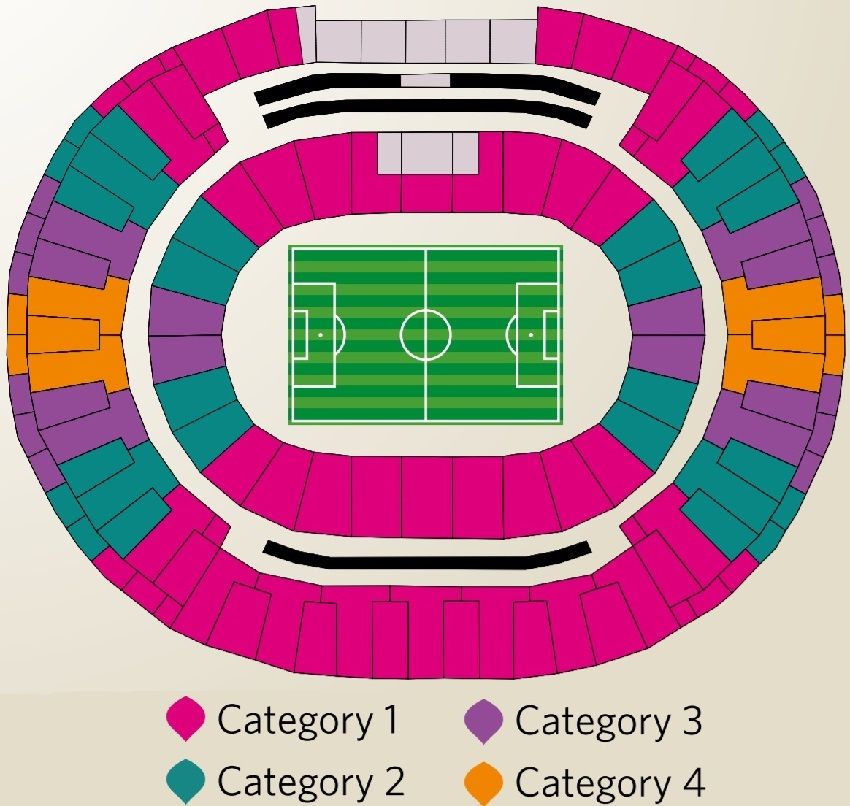 Khalifa International stadium seating map is very informative before booking the seat. You can easily check the map for the seating position along with best view seats. All Four categories divided in different color stated in the map. We will update the map with detailed information like entry gates, exit gates, food courts, parking, rest rooms, road map, etc.

We are attaching Khalifa international seating map of IAAF World Athletics Championship 2019 which was held in Doha. Below seat map layout of Khalifa stadium will surely help you to located seat in this 45000 seated stadium. 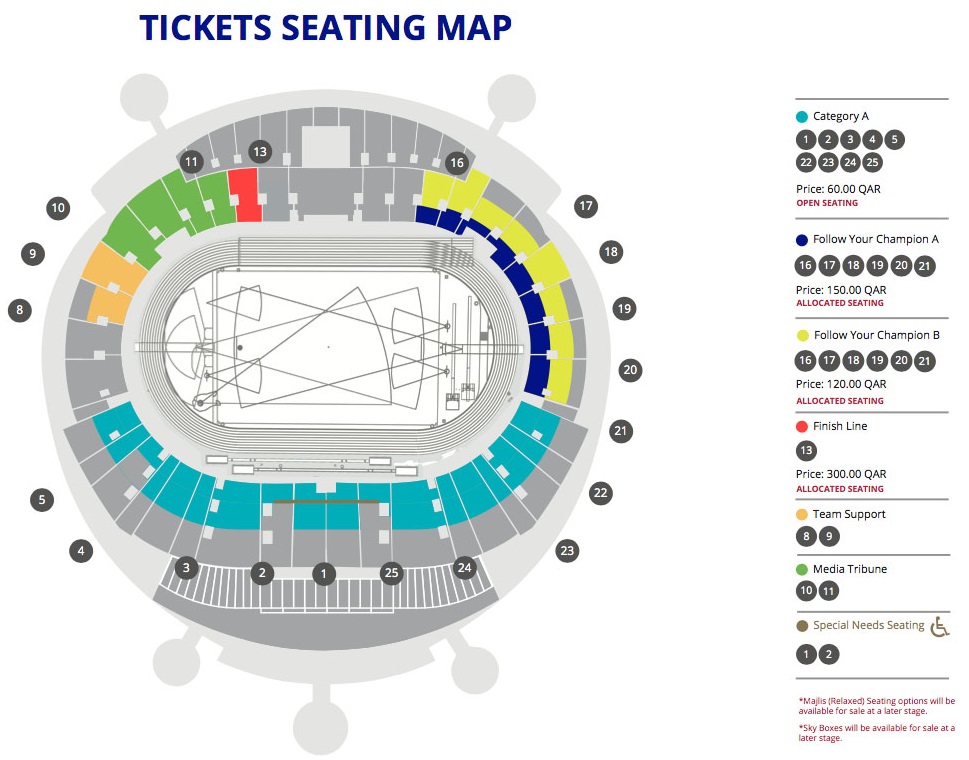 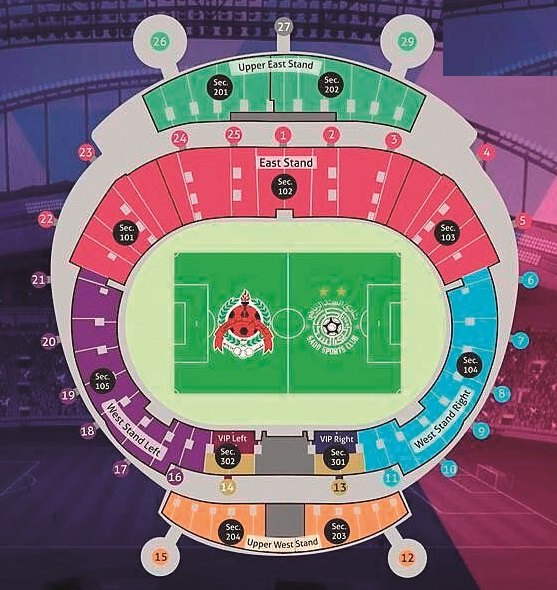 
Tickets available on the basis of First Come First Served basis, as soon as possible you book your tickets this will be beneficial to you for early booking to avoid last time rush. The ticket price are given below for all the categories.

How To Reach Khalifa International Stadium for FIFA World Cup

The Hamad International Airport is 25 Km far away and it took 20 to 30 minutes to reach. You can take the Metro; the nearest metro station is Sport City in Gold Line. This stadium is located next to Villaggio Mall, Car and Taxi are also a good transportation option to reach.

Khalifa International stadium designed by the Dar-Al-Handasah Architecture and the main contractor of the building are Midmac Contracting Co., W.L.L., PORR, Six Construct JV etc. In the eastern side, stadium has a large arch for the firework launching during tournament games/opening ceremony and the roof cover the western side of stadium.

The Khalifa international stadium has held many association football matches including following matches/tournaments:

Previously till 2005 the capacity of this stadium was 20000, In 2006 before Asian Games the capacity has been increased by 20000 and at the time of Asian Game seating arrangement in the premises was 40000. This is the oldest stadium of FIFA for World sup 2022 in Qatar. Now it has a 45416-seating capacity for FIFA World Cup.