English cricket fans welcomed the thrilling display of the new era of cricket spearheaded by new coach Brendon McCullum. England overcame their first test run, winning five wickets against New Zealand at Lords. On display were two debutants, Mathew Potts and Matt Parkinson, and the former captain, Joe Root. The two standouts for the Ben Stokes’ captained team were without a doubt, Matthew Potts and Joe Root. Let’s check what ratings the England players earned on our scale. 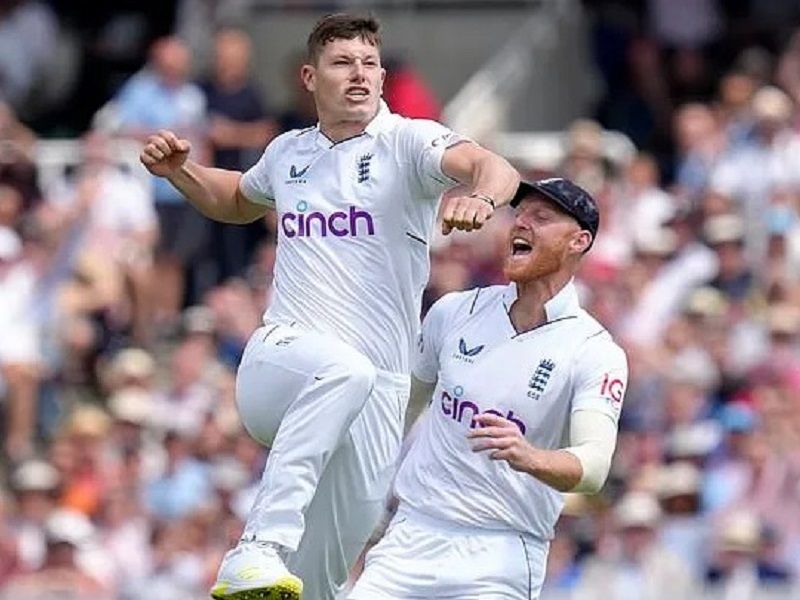 Matthew Potts, the right-hand bat from Durham, had his first test run against England and excelled beyond expectations for a debutant. Matthew Potts exuded confidence after making a wicket in his first over against Kane Williamson, whom he would shut out again in the second inning.

The 23-year-old got 4-13 from 9.2 overs, which is pretty impressive for a debutant. In the closing stages of Matthew Potts’ performance, he ousted Tom Latham. Matthew Potts got a cramp in his leg and ended the game prematurely before completing five.

Overall, it was a memorable debut for the Durham-born player, which will do his confidence a world of good. The subsequent tests for Matthew Potts and his team are against New Zealand and the Netherlands. For seven out of 68 in bowling, Matthew Potts earns an exceptional 9.

England is in safe hands when the senior players retire. They still have to rely on the older players to hold out against the mid-order batting collapse, which is common in every England game. Joe Root passed his 10,000 test run at 31 years and is the joint youngest England player to reach such a milestone alongside Sir Alastair Cook.

The former captain led with his bat and bossed the game, although he gave away a wicket with a wayward shot. However, the former skipper made up for it in the second innings with stellar displays, forming a rhythm with Ben Stokes, the new permanent captain, and Ben Foakes to ante up the Black Bowlers’ performance heading into the match’s homestretch.

Ben Stokes recognized the steely performance of his predecessor. “What a player, what a man,” exclaimed Ben Stokes after the match. At 32-2, Root played like the captain he once was and helped to stave off New Zealand’s comeback attempts. Joe Root earns a nine for his relentless play in always finding gaps and utilizing them.

McCullum is a proud man after the exceptional display from his boys. For now, Joe Root and Matthew Potts may bask in the limelight, but the constant center stage figure is Zack Crawley. Zack Crawley was in every inch a solid match opener. The top scorer on either side in the first inning with 43 fell to some cheap shots but made eye-catching ones amending the former ones. Zack Crawley gets a solid 6.

Ben Stokes expertly captained his team, making the right calls when needed. Stokes started at a slow tempo, collapsing in the first innings, but settled into the game and took on left-arm spinner Ajaz Patel. Stokes gets a 7 for his leadership and maintaining a decent balance in attack and defense.