The government of Karnataka is the owner of the stadium and it is leased by Karnataka State Cricket Association (KSCA) for 99 years. This Cricket stadium has a seating capacity of 50,000 and you can sense the environment when it is full of the fans in high voltage matches. The cricket stadium was constructed in 1970. The cricket stadium hosted its first International match in November 1974 which was played between India and West Indies. Indian Premier League 2020 is to be played from last week of March 2020 and RCB IPL matches are to be hosted by M Chinnaswamy Bangalore stadium like every years.

In the other case, the entry passes are needed to be collected from the box office. The distance of the box office from the stadium is mere 1 km, so you can simply reach the box office and collect your entry passes and walk down to the Chinnaswamy cricket stadium. Don’t forget to bring the print out of the online tickets along with the Card through which online payment was made.

There are 7 league matches scheduled to be played at each of the venue of IPL 2020. The Chinnaswamy stadium IPL 2020 schedule is shown below:

After booking tickets from online mode, you have to collect the entry pass from box office as already mentioned above. The entry pass has gate number printed number on it. You have to look for the entry gate which is to be used to head into your stand. There are many items which are restricted, you need to submit those items at the security check. The list restricted items is Headphones, data cable, camera, plastic bags, water bottles, binoculars, power bank, helmets etc. Avoid taking any unnecessary item with you, just take your wallet and mobile phone.  The baby food and baby diapers are allowed inside the Chinnaswamy stadium. Using public transport is recommended as finding a parking place if going to be a tough task. Also, there would be too much rush at the match hours which generally results in traffic jams. The cricket stadium gates are opened three yours prior to the start of the match generally. The official website of  Chinnaswamy Stadium is Karnataka State Cricket Association and Royal Challengers Bangalore is royalchallengers.com.

The cricket stadium seating plan can be checked below. It is always good to do your homework before going to such an event. The surrounding roads are also marked on it along with the various gate numbers and stands.

The above seating map also depicts parking spots and pavilions.

The stadium is equipped with all the basic facilities. the washrooms are in good condition and are in plenty of numbers. The restaurant and cafeteria also well maintained. The view of cricket ground is very clear and obstruction-free from the stands. If you didn’t book a ticket online, you can still buy entry tickets from the Box office which is located in UB city. The counters are present there. RCB IPL 2020 tickets might also be available through stadium ticket counters.

The stadium can accommodate a very large number of fans, so the environment here is very amazing. The loud cheers of 50,000 cricket fans can be a memorable experience for someone visiting the stadium for the very first time. The basic amenities are also very good and you it will be happy with the food provided here. The parking problem is always a big issue and if you don’t want to waste long hours stuck in traffic jams, use public transport to reach to the stadium. There are various options available, you can book a cab, use buses and other modes of transport too. 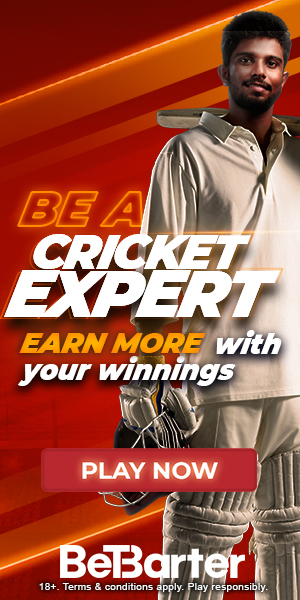