Al Thumama stadium construction begins in 2017 and construction took 4 years. Stadium officially opened on 22 October 2021. Arab Engineering Bureau is the architect of this ground. It is one of the 8 stadium of the Qatar selecting for the FIFA 2022 World cup. Proximity to Hamad International Airport makes him a good choice among the visitors. Six games of FIFA Arab Cup 2021 were held in this stadium is 2021.

The Stadium has 40,000 seats capacity and after the FIFA World Cup 2022, its 50% capacity will be reduced to 20,000 seats for local and nation development needs and serving the community. The boutique hotel will replace the top seating area and Aspetar Sports Clinic will be added.

It is a newly built stadium and FIFA is biggest football event of World. People from all over the World will come to Qatar to watch the live matches of football world cup. Before booking tickets, people are looking for Al Thumama Stadium seat map along with seat numbers. Al Thumama Stadium seating layout is very useful to watch the best view from seat and it is also useful to locate seats before visiting the stadium. All the entry gates, exit gates, ticket counters, elevators, ticket clearing point, prayer areas, toilets, parking lots, information desk, block, food and beverage counters, etc clearly depicted on the Al Thumama stadium map.

Al Thumama Construction started in February 2017 and the stadium designed & built by Ibrahim Jaidah Architect & Engineer. This stadium design shows the Arab culture, the main highlight of this stadium is design of Gahfiya or Taqyah Hat, which is carry by men & boys in the Muslim Religion. The stadium saves more than 40% of fresh water using recycling process to spreading and swamping the water in green area. Approximately 400 trees covering more than 80% of the landscape. The park area covered 50,000 sqm within the premises. 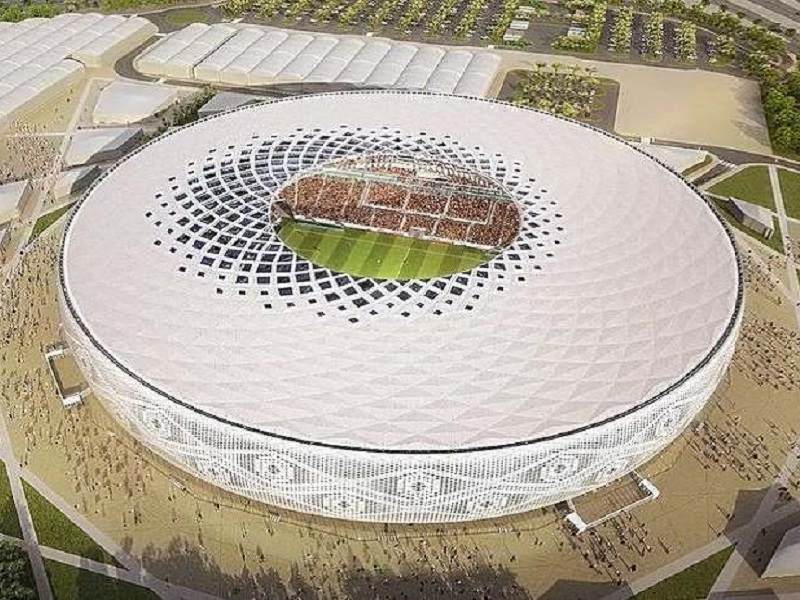 Many games are played in this stadium including cycling, equestrian track, athletics and other facilities are also available like basketball, handball, volleyball, swimming & tennis.

The Prices of admission ticket depends on the FIFA world cup Association. The tickets can be bought online through “FIFA.com”, during the season and with the importance of the game. Ticket demand are huge around the world, tickets will be fully sold out before the matches.

* Residents of Qatar: any individual legally residing on a permanent or temporary basis in Qatar, including Qatari citizens, citizens from other who permanently live in Qatar or individuals who are legally authorized to work in Qatar

You can to submit application for ticket online on FIFA.COM, people those application has been completed and tickets allotted have to pay amount at the earliest to avoid the cancellation.

Please note that all ticket prices apply on all age group including adults and children, regardless of the age of the child.

How to Reach Al Thumama Stadium

Al Thumama stadium is 12 KM far away from the Hamad International Airport and can easily reach at stadium through public transport like Metro (Red Line) & bus services.


You can take the benefit of shuttle from Free Zone Metro Station under Red Line and dedicated Stadium Express buses will be operated to stadium Bus Hub.

Car parking are easily approachable and located nearby the stadium. Taxi & Shared Cab pickup & drop point is available at stadium.