India is a powerhouse when it comes to churning out legendary cricket players, and there are perhaps more notorious cricketers that have their roots in India than anywhere else in the world. This is so much the case that it is actually somewhat difficult to choose a top five – there are just too many good players to choose from. 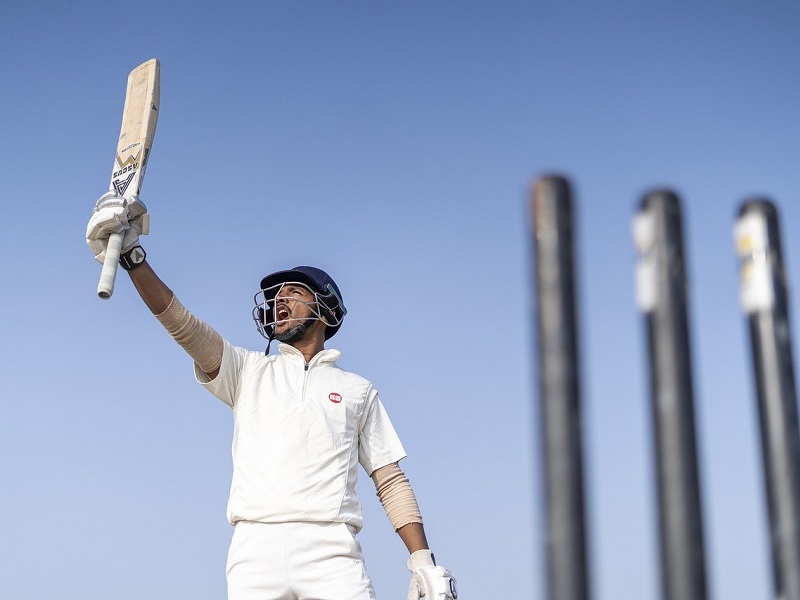 However, we shall try our best. In this article, we will be taking a look at the top five greatest cricket players that ever lived, as well as going over each and examining what it was exactly that made them so great. Enough talk; let’s just jump straight into it.

This player has a myriad of accomplishments under his belt, so much so that trying to list them all would be a little exhausting. The number of titles and tournaments that Sachin Tendulkar has won over the years is truly mind-boggling, and he is one of the most successful cricket players ever.

Moreover, as you would expect, the overwhelming number of victories he has accumulated are not just a byproduct of sheer luck. No, Sachin Tendulkar is as talented as it gets, and his performances are often seen as the highlight reels of this sport.

Just take a look at Sachin Tendulkar’s statistics and see for yourself – Sachin Tendulkar has one of the best resumes in the world, and the number of world records and firsts he has set is truly astonishing.

It just doesn’t get much better than Sachin Tendulkar, and when it comes to legendary cricket players, Tendulkar fits the bill perfectly.

Out of all of the players on this list, Virat Kohli is likely going to be the one that is the most well-known. Not only is Virat Kohli one of the top 5 India cricket players of all time, but he is commonly regarded as one of the best cricket players to have ever lived, and it comes as no surprise that he is a favourite for millions of people all over the world.

There just are not enough positive words in the dictionary to accurately portray just how good Virat Kohli is – this player is one of a kind, and the level of skill he possesses is not something that can be acquired through simple hard work and dedication alone.

Mahendra Singh Dhoni is someone who needs no introduction. This player is a legend within the sport of cricket, and his fame rivals that of other popular sports players like David Beckham or Micheal Jordan. He also happens to be one of the most well-paid athletes of all time.

However, Mahendra Singh Dhoni’s wealth is certainly no secret. It is common knowledge that Dhoni is the second richest cricketer in the world, and this means he has a net worth far higher than most other famous athletes.

There really isn’t too much we can tell you about MS Dhoni that you don’t already know; Dhoni is one of the most talented players ever, and his legacy is going to be remembered indefinitely.

If you are under the age of forty, Kapil Dev is not likely going to be a name you recognize. However, for those of you who were lucky enough to know of Kapil Dev in his prime, you are already going to know just how big of a deal he was.

The most major out of all of Kapil Dev’s many accomplishments are that of being the youngest captain ever to lead his team to victory at the cricket world cup, as well as his infamous record that he still holds to this day of taking over 400 wickets and scoring more than 5000 runs in tests. At this point, Kapil Dev is synonymous with cricket itself, and the impact he has had on the sport is unfathomable.

Yuvraj Singh is yet another one you may not have heard of; but this is entirely to your detriment. Singh was known for being a good all-arounder, with him being able to fulfil any position he was put into.

Yuvraj Singh had a particularly aggressive playing style that set him apart from the rest of his contemporaries, and this is also something that made him especially interesting to watch.

You always knew something wild was going to happen whenever Singh featured in a match. This is so much the case that many people only followed cricket because of Yuvraj Singh, and he brought more fans into the game than perhaps any other player conceivable.

Of course, just as is the case of the rest of the players we featured on this list, Singh was unbelievably talented. Although, he was primarily known for his aggressive playing style and ability to make any game interesting, and his retirement in 2019 was met with sadness by fans all across the world.

If we happened to have missed your favourite cricket player off this list, you have our sincerest apologies. Your anger is completely justified; whichever player you are thinking of probably did deserve a spot on this list, and it is incredibly unfortunate that we have not been able to give everyone the credit they deserve.

Nevertheless; the five players that we featured on this list are some of the best cricket players to ever walk the earth, and in all likelihood, we are not going to see players with this kind of skill again for a long long time. Catch you in the next one.